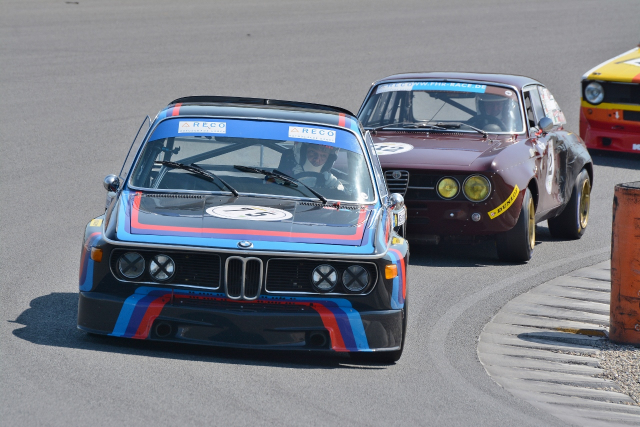 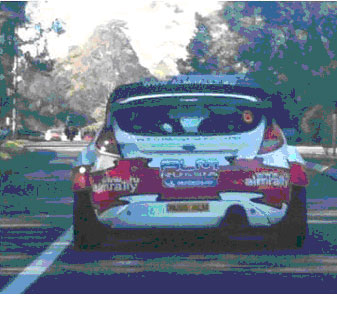 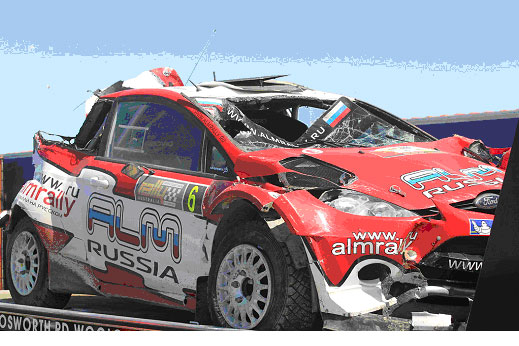 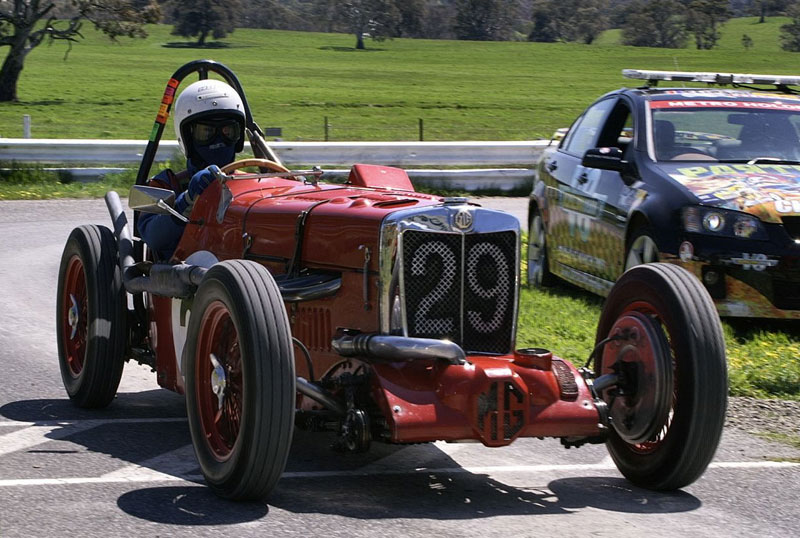 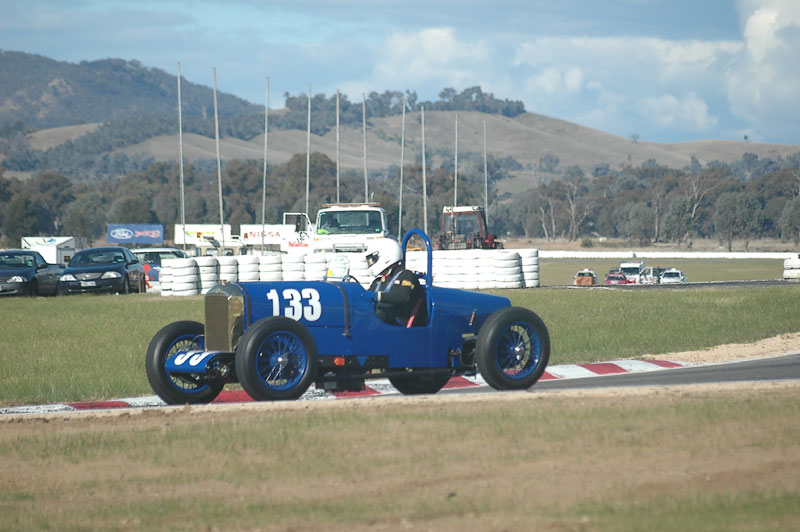 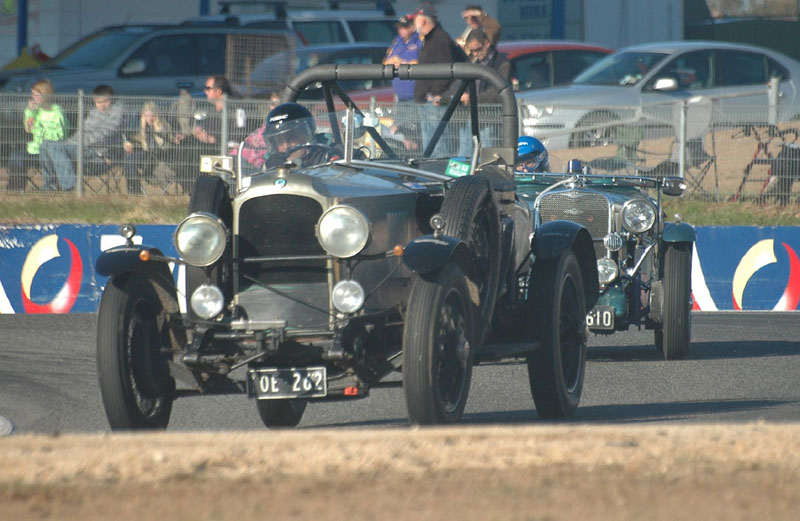 End - Magnificent Winton 2011
Part One - Photographs by Martin Stubbs and Bill HunterStory and interviews - Bill Hunter  .Winton Raceway is close to the New South Wales/Victoria border.The aerial photograph above gives an idea of the topography of the circuit. The Administration area and the garages are seen top centre. The start of the  'Long Circuit' can be seen leading out  from centre left of the picture. The photograph was taken from a single engine Cessna Skyhawk, flown by my grandson Patrick whilst we were on a flight from Moorabbin to Canberra in February this year. The aircraft was flying at rather less than 1000 feet at that time. I was too busy taking picturesto take notice of the  instruments.   Tthe Raceway is quite a distance from  Melbourne  --  Over 200 km,  Something like 600 km to Sydney.  Competitors and spectators came from Queenland, South Australia.Tasmania and Western Australia. One competitor came from Japan. In the past cars and drivers have come from further afield, including America, UK,and Europe. Whilst the course is brilliant, the event itself is even more remarkable .No fewer than eight cars racing there were built before 1930, some of which are featured In the story that follows. .I feel that, with the hullabaloo about the Formula One Grand Prix circus going on at the moment, it's good to reflect on the fact that all the hyped-up performance has its origins in meetings like this - where the excitement and wonder of the sport began.Note: In the series of photos below, click on each one to get an enlargement. 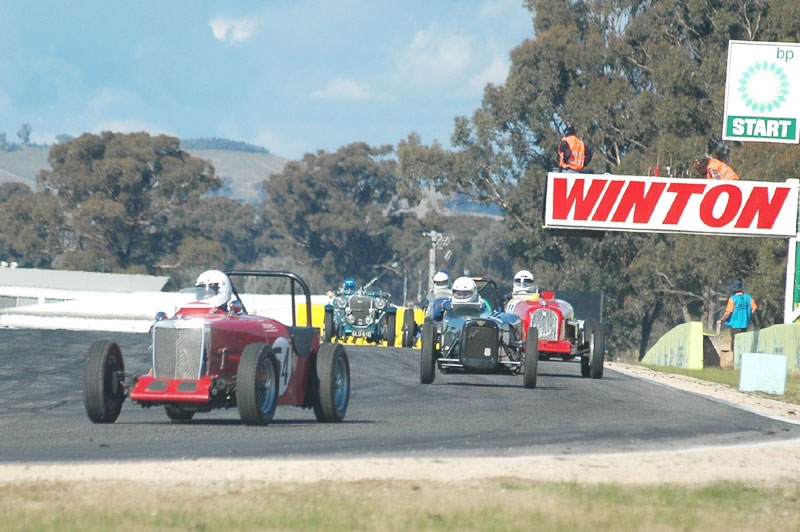 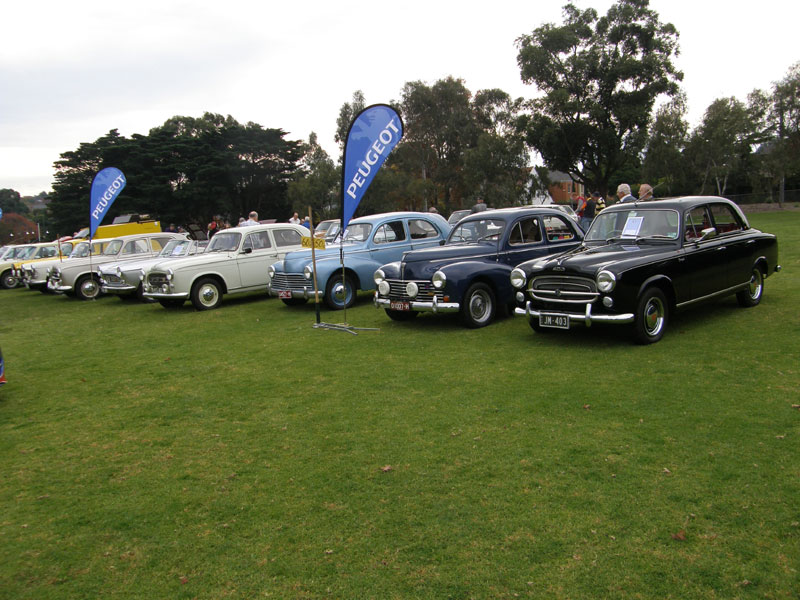