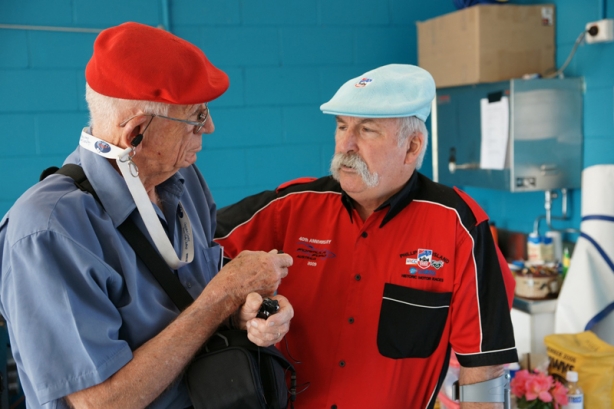 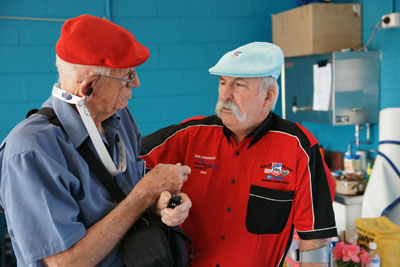 Motormarques spoke to Paul at the Sandown Historics recently and asked him for a short history on himself and his Hill climb car - the JINX 500.

"I took up motor racing later in life than most of my contemporaries at about the age of 55 years when I was able to afford the cost of the vehicle and assorted running costs.
I had been interested in classic motor racing for years and my start came when I visited my wife’s cousin and her husband Glen Bishop.

Glen was working on a number of potential Austin 7 race cars at that stage and I was able to help him prepare the A7 W.A.S.P. And I eventually was able to run that car in a body less form at The Mount Tarrengower  Hill Climb in 1994 or 95.  I was hooked at that stage and when I had a run in the same car at Rob Roy later on that year that sealed my fate and I began to plan to build an Austin & race car.

This was accomplished with an enormous amount of input, guidance and sheer hard work by an Austin 7 Guru, one Stan Rodda who lived quite close to me at Mooroolbark.  Stan and I spent several months working nights and weekends and the Silver Fish was born.

I spent about 4 years with the silver Fish doing regularities, hill climbs and sprints and managed around 12 competitive events each year.  This car was eventually snapped up by Max Robinson, yet another Austin 7 tragic and I bought the Austin 7 known as the Red Carrot from Graham Burnam from up Ballarat way.  Graham had rolled the Carrot at Winton earlier on that yearand hadjust finished restoring it when I was able to wrest ity from his grasp. " 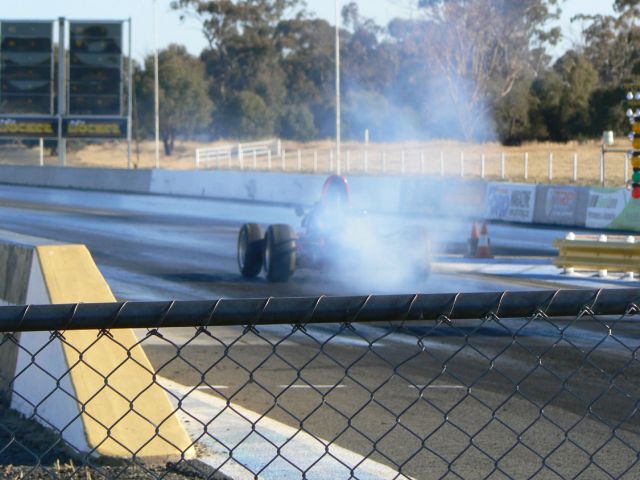 "I continued on unabated in the Red Carrot for the next 4 or 5 years until I too rolled it.  It managed to roll  4 times at Sandown Race Circuit on the 22nd of October 2000.  This resulted in a headache and a rolling pin from the Austin Seven Club and a lot of late nights from me to turn the car from a banana back into the Red Carrot.  I continued on with the carrot for another couple of years doing  hill climbs at Rob Roy, Arthurs Seat, Mount Tarrengower and Morwell. I competed in sprints at Mangalore, Eddington and Heathcote.  I was able to run in regularities at Sandown and Phillip Island even taking it to Mallala and the associated hill climb in the Easter of 2003. This was pretty much the routine that I had established with the Silver Fish.

I sold the Red Carrot to Noel Stevens of the Austin 7 Club a short time later and he has run it in several  regularities and hill climbs and at the moment it seems to be resting in Noels rather large garage in company with several other Austin sevens."
Below - Paul makes a screaming getawqay in the Jinx at Haunted Hills 2011 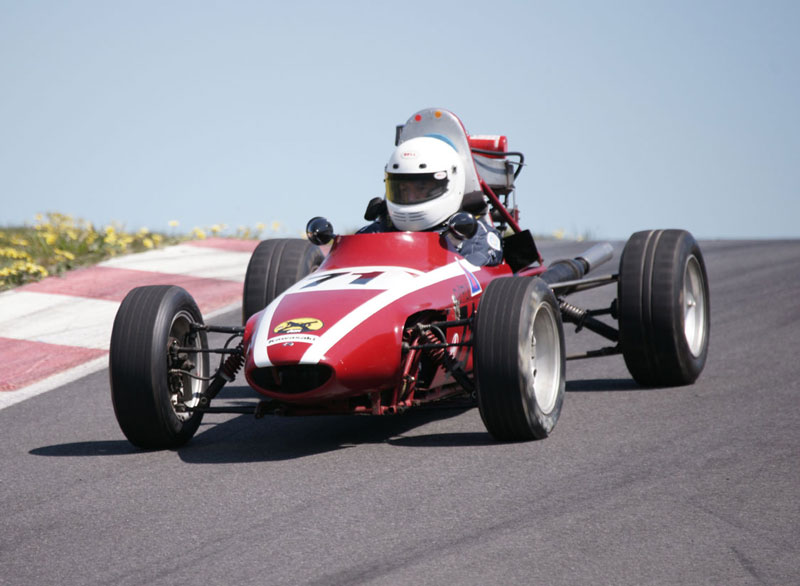