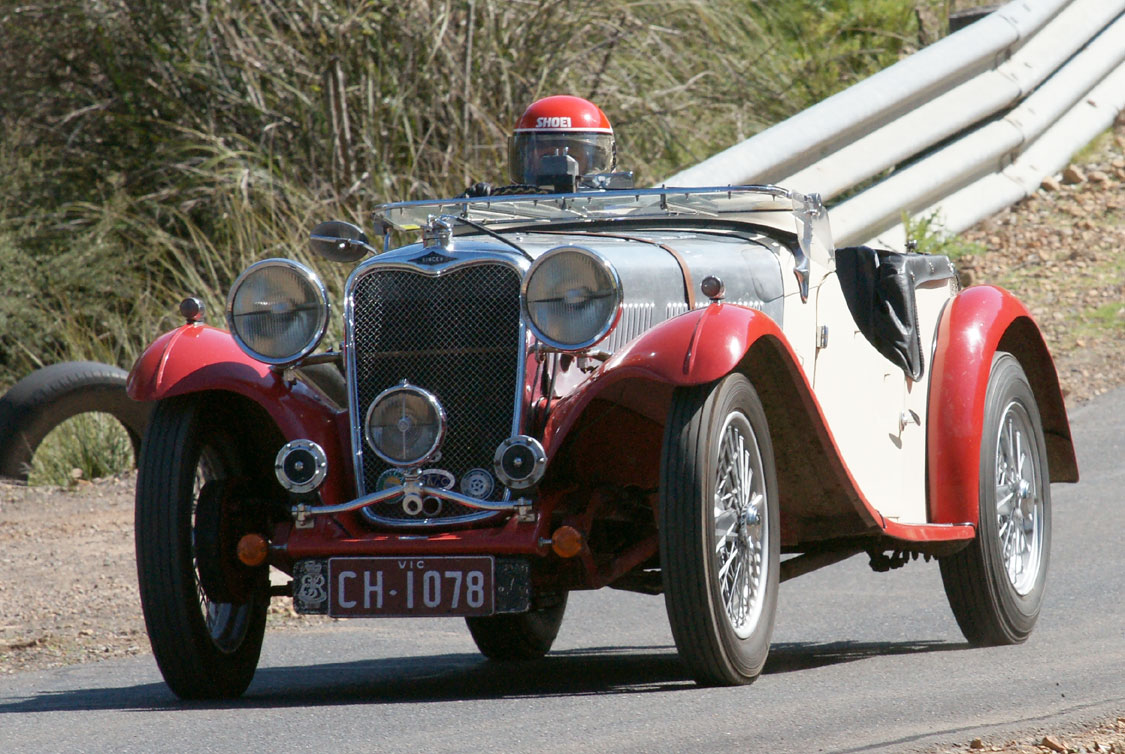 This Le Mans is now in the custody ofTrcvor and Pauline Leech having been rescued some 20 years ago in a dismantled state. The Le Mans is proudly campaigned in VSCC events including sprints, hill climbs (it defies gravity )and trials as well as many kras spent on the road in Singer Car Club events, and although almost the smallest capacity vehicle competing it regularly wins against fierce opposition.


The Singer Le Mans is a well respected British sports car of the 1930's. In Europe Singer sports cars were extremely competitive winning their class at the famous Le Mans 24hr race in 1934.Thc Singer Car Company won prestigious Manufacturers trophies and team prizes for competition in UK and Europe.  The highlight of Singer's success in Europe was to win the only Olympic Gold medal EVER presented to a motor car.  The occasion was the Olympic Car Rally organised by the German nation to celebrate the 1936 Berlin Olympics, Adolf Hitler hoped a German car would win.

Much to his displeasure it was a British Singer Le Mans  driven by Betty Haig (niece of British General Earl Haig) that was to defeat all 120 entrants and win the Gold.


In Australia Singer Le Mans were active in motor sport with the major triumph being a 9hp Singer Le Mans driven by Bob Lea- Wright, winning the Australian Grand  Prix for 1934. This was a closely fought  race with the Singer winning by only 14 seconds from a K3 MG.