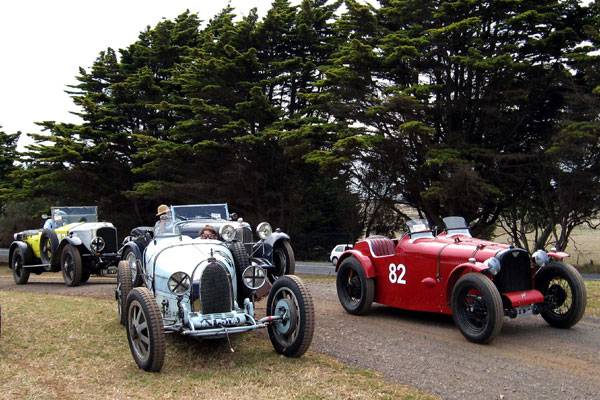 
As part of the Phillip Island Historic Meeting this year, and part of the 80th Anniversary of the Australian Grand Prix, some 80 Pre-War cars were invited to participate in a demonstration run of two laps of 10 km each of the old Grand Prix circuit. The old track has since been returned to general public use as part of the Phillip Island public road system, but as the video shows, the surface, although sealed, is pretty ordinary. But for all that the old cars, which were officially constrained to a speed of 80 km/h.were able to dodge under the radar and reach 100 km/h at spots. The event, which caused the organisers some nail-biting suspense about the likely success of the Cavalcade, turned out to be a crowd pleaser. Hundreds of cheering spectators lined the route, and when the grand old machines were lined up in the seaside township of Cowes, you could scarcely move for the crush.