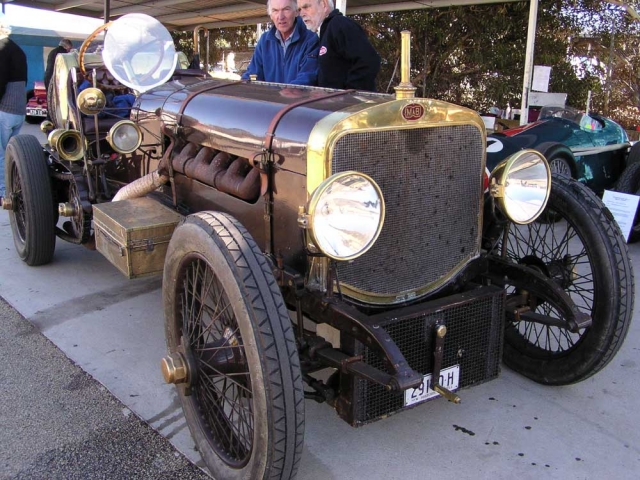 Doctor Stuart Saunders  MAB SpecialThe car featured here is a rare 1908 aeroplane engined monster found 20 years ago in a paddock near Wagga Wagga, by Dr Stuart Saunders of the Australian Capital Territory.  The initials MAB were stamped on the remains of its radiator and on many of the bearings, bushes and castings.“There was very little left of the engine and so a 1918 Packard-Liberty V12 aero engine was installed to build a facsimile of a pre-1910 racing car. The liberty has a capacity of 27 litres,” Dr Saunders said. “Most of the racing cars of the period were chain drive and some had engines of 20 litres or more."The MAB was restored by the mid-1980s and has done thousands of miles since then, and I believe it has been seen in rallies and demonstrations in the UK and Europe.“Apart from twisted drive-shafts in the early years, the car has been very reliable.”  Dr Saunders said.This photograph was taken by Bill Hunter for Motormarques at Winton, Victoria (Au) in 2006.
Tweet