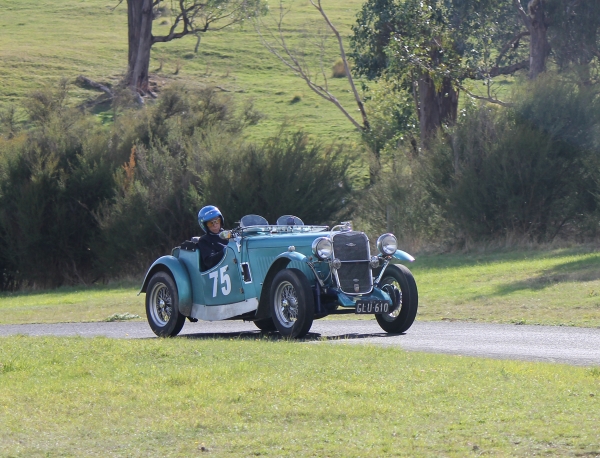 Cool hill - hot times - Rob Roy 22nd April 2012  There used to be a guy who sang on the wireless about how terrific April showers were because they made the flowers bloom in the Spring. Some classic car drivers in Victoria didn't have the same seasonal instinct, and didn't seem to be all that chirpy about the prospect of rain on the VHRR Hillclimb scheduled for April 22. Ron Simmons resorted to the web; coaxing members to send in entries. “If your Mum turns up with her shopping trolley she will probably get a run,” he wrote.  “Scrutineering commences at 8am on Sunday morning, and we will be accepting entries onthe day." Apparently that did the trick. There was a turnaround, and it looked as though it was going to be a good day after all.