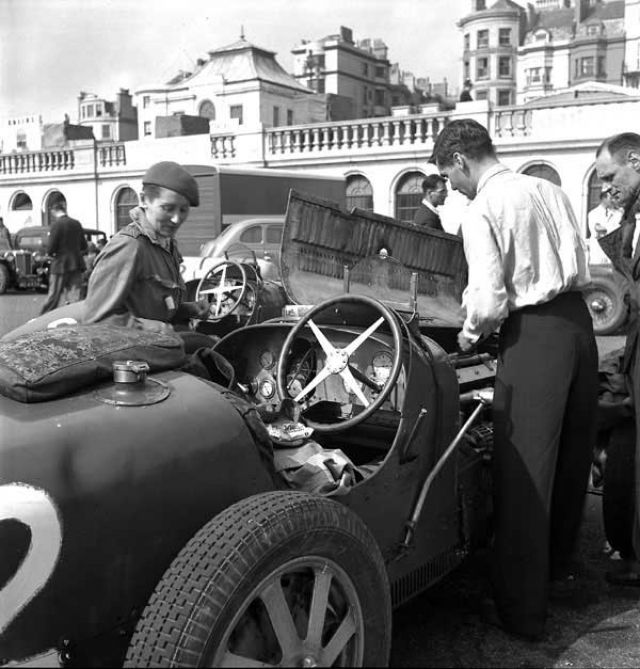 This extraordinary collection of photographs was taken from the Dacre Stubbs Collection of early English and Australian Motorsport images. Brighton (UK) Speed Trials 1946
First in the Series on the Brighton Speed Trials - 7 September 1946
© Martin Stubbs


George Abecassis drove in several Grand Pix races, and won his class in an Aston Martin. Reg Parnell became involved with BRM and later became Team Manager for Aston Martin in 1959.    Raymond Mays was born in Bourne, Lincolnshire in 1899. He was one of the most famous British drivers in the 30s, and is best known for his involvement in promoting and developing the ERA and BRM projects. He retired from racing in 1949. Died in Bourne, England 1980.
Prince Birabongse Bhanutej Bhanubandh, born in 1914, was a member of Siam's royal family. He took up racing with ERA in 1936, went on to drive Maserati, HWM, Gordini and Osca. As a private entrant, he was a popular figure on European automobile racing circuits, where he was known simply as Bira. He died in London in 1985.