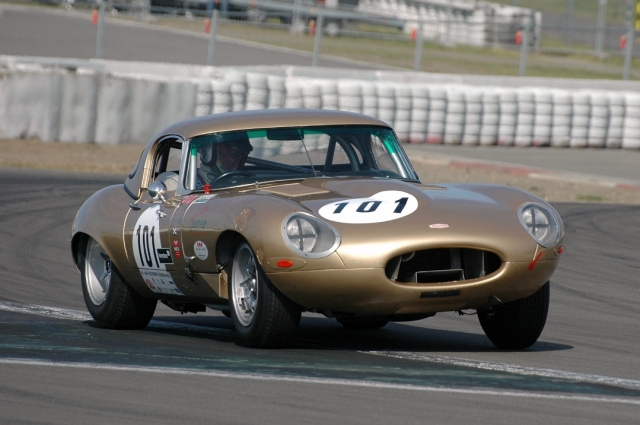 Jaguar to restart the lightweight racing E-type production Six new lightweight racing E-types will be built on the site of Jaguar's old Browns Lane factory in Coventry. The project is designed to launch Jaguar's new heritage company, which will offer a top-quality restoration service and could even include small-scale reconstructions of classics such as these. The heritage centre will be based at the Browns Lane, Coventry, site, where Jaguar traditionally made cars but hasn't since 2005 when it moved production to Castle Bromwich and Halewood (now a Land Rover production site). Brownse Lane was sold off and is now partly a housing estate, but Jaguar kept about 17 acres and although the Browns Lane Jaguar Heritage Museum was demolished in 2012, the area will now house the new Heritage centre where the E-type will be built.
The 12 lightweight E-Types, built between 1963 and 1964, were originally sold to drivers and teams wanting to take part in events such as Le Mans and were campaigned by famous drivers as Graham Hill, Jackie Stewart, and Roy Salvadori. The weight-saving of 144 kilograms was achieved by the all aluminium bodywork, stripping all the interior luxuries and exterior chrome. The engine was a dry-sumped 3.8-liter XK six with fuel injection. The planned run of 18 cars was cut short as 12 lightweight E-Types were build. Jaguar will now finish the run, building another six cars. The company claims they'll be perfect reproductions, manufactured from scratch using the exact specifications of the aluminium-bodied original car, including the dry-sumped 3.8-litre six-cylinder engine. The price is expected to be well over £1 million to reflect both the complexity of restarting production and the original cars' ongoing success in the big-money world of classic motorsport. Until today just 11 lightweight E-Types have survived and if they came up for sale at an auction the expected price would be around at least 3 million Pounds. Jaguar Heritage consultant Tony Schulp, responsible for selling the cars, made clear that none of the six cars have been sold yet but he was still "in discussion" with customers.
The new cars will be so faithful to the originals, right down to the Sixties vehicle identification numbers (VINs) they were supposed to have, that Jaguar will sell them with FIA approval to run at classic events, despite being brand new. Owners will be able to specify certain details of their car, as long as it is in line with original specifications. Similar to what Ferrari does with their high-end models, any customer has to fit a certain criteria before the company will sell them a lightweight E-Type. The most important criteria is that the customer will be using the car actively, most probably for motorsport. It isn't the intention that they will be locked away somewhere in a private museum.
Tweet

Print Email
Rate this item
(0 votes)
Read 2418 times Last modified on Thursday, 22 May 2014 19:52
« "The Chamberlain" More in this category: Hindustan Motors stops production of the Ambassador »