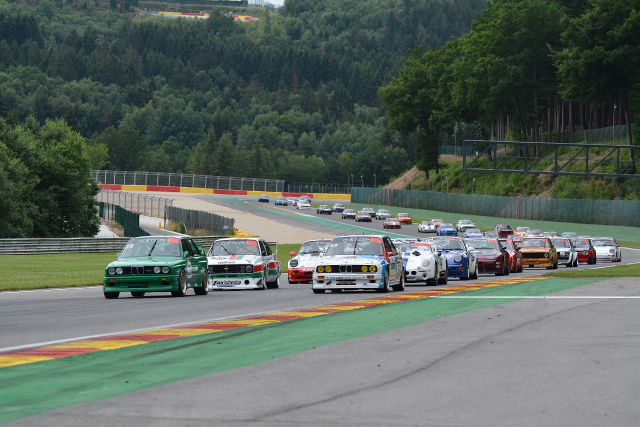 This fourteenth edition of the Spa Summer Classic, organized by Roadbook events, promised a multitude of races for Touring Cars and GT Cars from the 60s, 70s and 80s as well as a category of Youngtimers, until the beginning of the 2000s. The meeting also welcomed Single Seaters (Formula cars) from the 60s and 70s. and a Caterham race. The whole weekend at Spa had an European flavour, as there were racing teams from Great Britain, Belgium, France, Germany, the Netherlands, Italy, Portugal, Switzerland, Denmark and Luxembourg. Most important race of this weekend is a 3-hour endurance race, on Saturday-evening, for Touring Cars and GTs from before '76.
Tweet
View the embedded image gallery online at:
https://www.motormarques.com/news/european-desk/item/784-spa-francorchamps-summer-classic-23-26-june-2022#sigProIdfc49f724dc