The Louwman Museum in The Hague 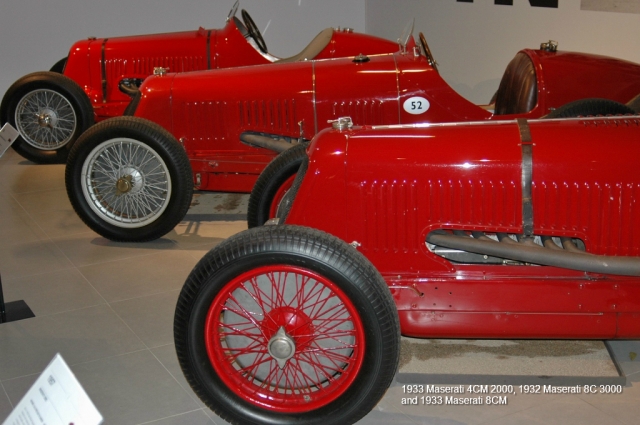 The Louwman Museum features the world's oldest private collection of automobiles, including historic cars, motorcycles and carriages. The internationally oriented collection was formed by two generations of the Louwman family and includes approximately 250 unique classic automobiles. In 1934, the Dutch Dodge importer Pieter Louwman, the father of the current owner, purchased a 20-year-old Dodge, the first car of the collection. In 1969, the collection of Mr. Geerlig Riemer was added. The collection was moved in 1969 to Leidschendam where the National Automobile Museum was opened. In 1981 the collection was moved again to the premises of the Toyota importer Louwman in Raamsdonksveer. On 3 July 2010, the current museum in The Hague, was opened by Queen Beatrix of the Netherlands, whose former home Huis den Bosch is virtually neighboring the museum.
The current owner of the collection is Evert Louwman, the Dutch importer of Lexus, Toyota and Suzuki. It was Evert Louwman’s great desire to preserve the unique collection of historic automobiles as one collection for posterity. The museum, designed by American architect Michael Graves and Gary Laperu, is beautifully located on the Reigersbergen estate, next to Huis ten Bosch. Landscape architect Louis Baljon designed the layout of the park surrounding the building. Evert Louwman is the brother of Jan Louwman, owner of the former Wassenaar Zoo, which closed in 1985. The Zoo used to have a gate with two brick pillars on which two lions stood. This old gate became the entrance to the new museum.  The building has over 10,000 m² of exhibition space and the collection is divided over three floors.

The collection is internationally oriented and has the largest collection in the world of pre-1910 cars. The museum displays a large collection of the current remaining 15 classic cars of the Dutch brand Spyker and the only remaining Eysink (a Dutch car-brand). From post-World-War2 the museum features the Humber of Winston Churchill, the Aston Martin DB5 used in the James Bond movie Goldfinger, and a Cadillac of Elvis Presley. The museum also displays a large collection of paintings and drawings from the English automotive illustrator Frederick Gordon Crosby who worked for the magazine Autocar for most of his life.

A real showpiece is the De Dion Bouton & Trépardoux from 1887, the second oldest car in the world. It’s just amazing to walk along the incredible wealth of variations of what mankind designed with wheels and motors. And bear in mind the limited tools and machinery available at that time to construct a complicated automotive part. But designers and constructors were driven and the most strange experiments were done. So after a little more than ten years, the 60 HP Spyker hit the road, a thoroughbred racing machine with six cylinders, the first four-wheel drive and brakes on the front wheels. This type of decisive innovation greatly determines the consistency in the collection. Each car in the collection tells its own story and shows its contribution to the history of automobiles.
Pictures by Guus Docen (except the picture of the building)