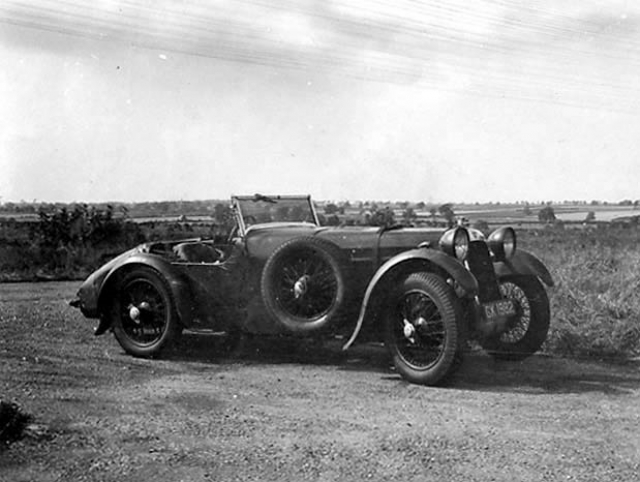 Pauline (my future wife) was an open-air and sporting girl, very strong physically and character-wise. Having been brought up in a family who owned a 30/98 Vauxhall and later a huge Bianchi, she was quite capable of handling anything I could throw at her. Moreover she had driven my Aston Martin along the what is now the M1 beyond Hemel Hemstead, Hertfordshire at a speed of no less than 110mph (175kph), so I had no misgivings that she could take over the Alvis when I was in need of a rest. The journey from London to Salcombe was some 250 miles (402km) and as I would already have done another 200 miles from Leeds, it was not long before I required a break. However the following morning Paul complained of sore arms and shoulders which of course was due to the very rugged steering qualities of the Alvis which after only a 100 miles one felt one was steering a wild beast.

The steering wheel was not set conventionally square in front of the driver, being positioned at an angle to meet the steering box which was in the centre of the chassis behind the engine. This small aberration was necessary because the two connecting rods to each front wheel moved independent of any tie-rod between the wheels. Altogether the Alvis was an interesting thoroughbred and was named by my friends as the ‘Blut Wagon.’