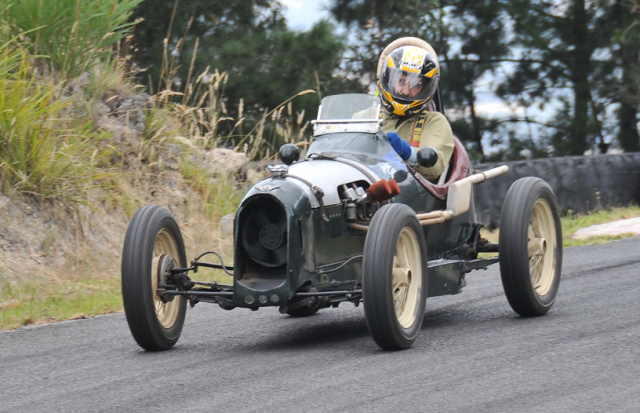 John Marriott - Athey Austin 7 Special
"Bill – here is the info on my Austin  and a couple of photos.  The Athey Austin 7 was built by Chris Athey in 1993. It was based on the back half of the body of a speedway car, and the components from a fibreglass bodied special, to resemble the Austin ‘Works’ racers of the thirties. Chris did all the construction and the development work which has achieved a fairly competitive vehicle.

The car was intended to be supercharged but this has not happened yet."

John purchased the car from Chris in 2006. He was returning to driving after a twenty year break. He continues to improve the car and runs regularly at sprints and hillclimbs. The car was equal first with Glen Bishop in the Schultz A7 in the Austin 7 Club sprint/hill climb trophy in 2007.  Suspension and tyre development continues to improve handling at the greater speeds that the engine is now delivering. Cooling development is expected to be completed before the season is finished.  The car is easily handled and exciting to drive. An interesting feature of the car is the mono-posto arrangement. This makes for interesting driving and the between-the-leg gear stick position takes some getting used to!