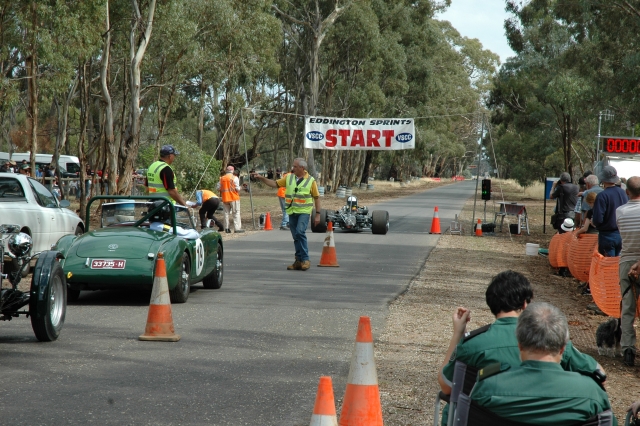 Rod Jackson photographs
Eddington is a small town on the Loddon River in Central Victoria, Australia 48 kilometres (30 mi) south-west of Bendigo. It is approximately 130 kilometres (81 mi) north-west from Melbourne.

There are two former hotels, a former general store, former police station and lockup, former primary school and former garage. There used to be a brewery, cheese factory, butter factory, several hotels, race course and Churches during the second half of the 19th century.

Eddington's population would be something less than 50 today.

There is a bitumen based sprint down Playfair Street in Eddington. Drivers run their cars as fast as they can down 400 metres of closed road with a few bumps and dips to keep the drivers on their toes. Cars compete individually against the clock to set the fastest time they can.
Tweet
View the embedded image gallery online at:
https://www.motormarques.com/news/melbourne-desk/item/749-eddington-sprints-march-2017#sigProId9c1d06f906