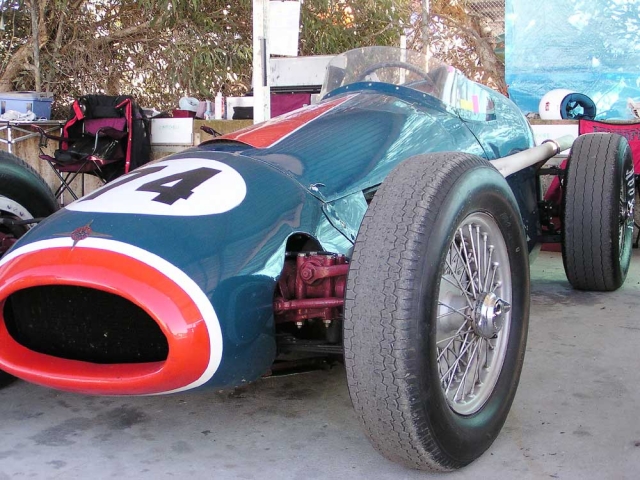 This race car is an Australian special - The Tornado Mark II
It was built by Lou Abrahams as a replacement for the original Tornado which had been wrecked at Bathurst when it hit a tree, badly injuring the regular driver Ted Grey.

It competed in several Grand Prix events including Albert Park in 1956, eventually passing to John Mcdonald in 1966 who had a huge accident at Calder, breaking the car in half. Eventually it was restored and reappeared on the competition scene in 1976.

Doing the following period it made only three appearances, maily at Historic meetings and is now an integral part of Frank Moore's extensive collection of Australian specials.
Tweet
View the embedded image gallery online at:
https://www.motormarques.com/news/melbourne-desk/item/725-tornado-australoian-historic-special#sigProId241ff074c4