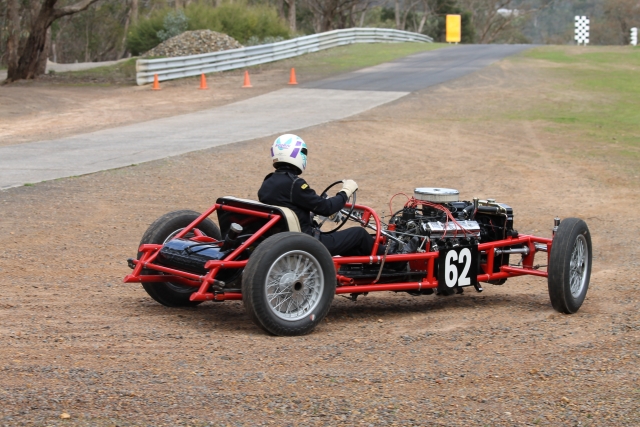 Rob Roy is one of the oldest and longest - running hill climbs in the history of motor sport. It attracts what may be called classical historic - or at any rate old and interesting - sports and racing cars.
Its location is in the Christmas Hills in Victoria - an hour's drive from the city of Melbourne.
The 5 oldest cars at the event covered in this story were classified as Edwardian. (Model T Fords from 1915 and 1917; a 1919 Sunbeam, and two 1918 Vauxhall Type D.)
Featured in the entries list also were: Austins, Alvis, Bentley, Bugatti, Ford, Frazer Nash, GN, Lagonda, MG, Morris, Talbot, Triumph, Riley, Singer and Vauxhall - ranging from 1923 to1965,
What was also important was the presence of other magnificen machines owned/driven by spectators passing through the turnstiles.
(Actually, the word "turnstiles" is a euphemism for paying your entrance money to the bloke at the little tin shed on the entry area)

Other videos of the track and of previous events may be found at:
http://www.cv.vic.gov.au/stories/sporting-life/speed-style-spirit-the-rob-roy-hillclimb/a-day-at-the-rob-roy-hillclimb/
ttp://vhrr.com/wp/rob-roy/
Tweet
View the embedded image gallery online at:
https://www.motormarques.com/news/melbourne-desk/item/685-rob-roy-historic-hill-climb-2015#sigProIdf42dc09eae