It's a Long Way to Go 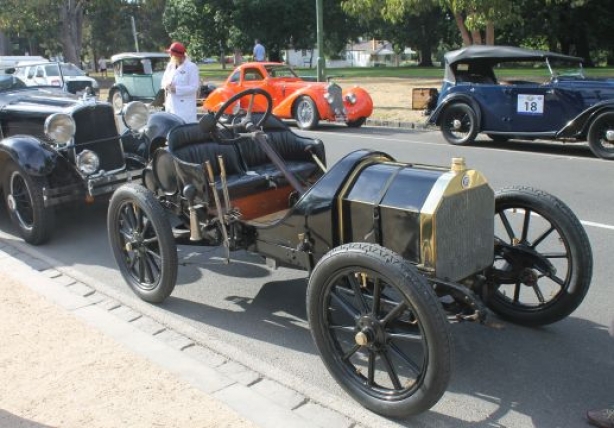 Construction on the Great Ocean Road began on 19 September 1919. It was built by approximately 3,000 returned servicemen as a war memorial to Australian soldiers who died in World War I - a very long way from home.

An advance survey team progressed through  coastal forests  at approximately 3 kilometres a month. Construction was done by hand; using explosives, pick and shovel, wheel barrows, and some small machinery.

The work was at times perilous, with several workers killed on the job; the final sections along steep coastal mountains being the most difficult to work

The soldiers were paid 10 shillings and sixpence for eight hours per day, also working a half day on Saturdays.They used tents for accommodation throughout, and made use of a communal dining marquee and kitchen; food costing up to 10 shillings a week. Despite the difficulty involved in constructing the road, the workers had access to a piano, gramophone, games, newspaper and magazines at the camps.

Since then a great any improvements have been made to the road, and whole towns and resorts have grown up along it.

Motormarques has prepared a 5 minute Handycam video that can be assessed from the Front Page menu.