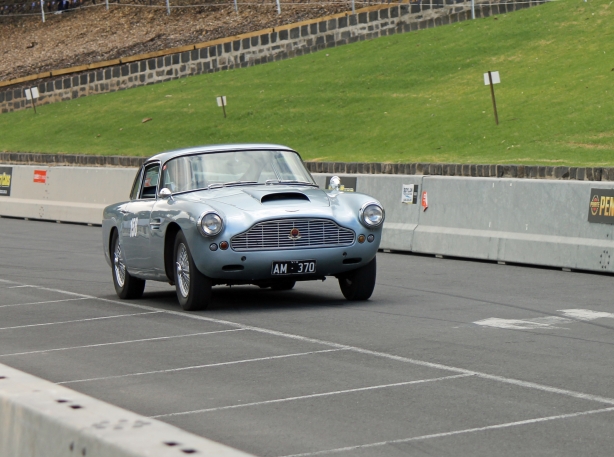 I have been looking at an old VHS videotape on Youtube of the Geelong speed trials that were held in 1990. In those days, the public sat on the lawns adjacent to the track, only a few feet away. There were no concrete blocks between them and the cars as they raced by. The drivers' faces were visible with the kind of safety helmet that were worn in those days.

The cameraman who made the 1990 video was virtually part of the action.

The level of Commercial investment in the event has gone up many thousands of times, as can be judged by the giant transporters and service vehicles that attended the 2012 meeting. The Shannon's support vehice, for example, must be one of the biggest road-registered vehicles ever seen in this country.

It is difficult to realise just how much Australian Motor sport has changed in the 22 years since that old VHS tape was made.

The Geelong Revival is based on the old Geelong Speed Trials that first took place in 1956. The event was a near quarter-mile (approx 370m) timed sprint along the Geelong Waterfront.

After a few years of having disappeared, the event was back with a vengeance in 2012. Apart from the Sprint itself, it has become a Classic motor show (show & Shine), Expo, Gala Dinner, Fashions on the paddock, Kids Zone and other activities. There was a nostalgic slant on the event, but the organisers wanted to see cars from all eras of motoring and pedigrees making an appearance at the event. In Part Two of this story, I have included a photo of an old Ford Anglia, (with flip-up trafficators and all) that looks as though it has never been touched since it was sold not long after the war.