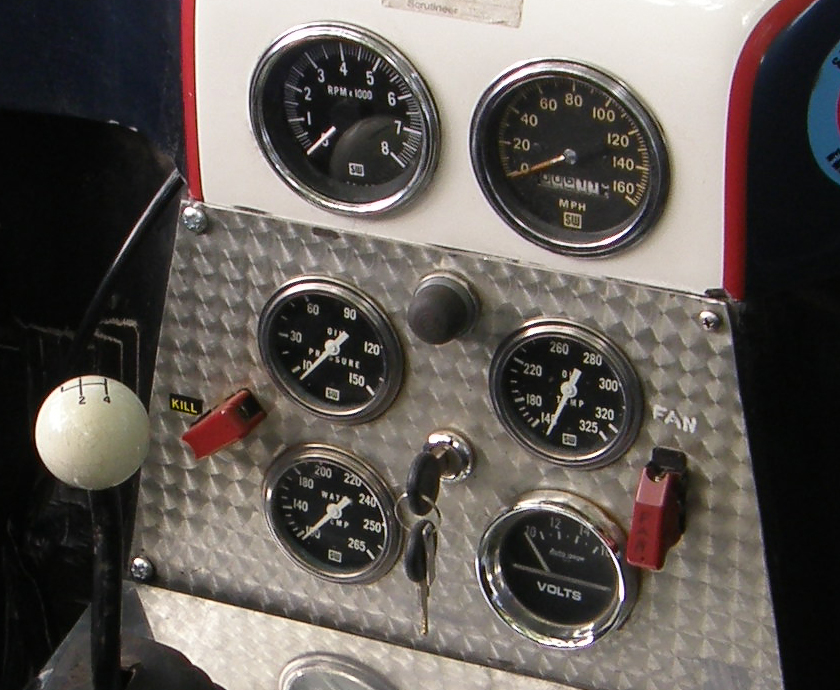 As is the usual case Don Kinsey was the announcer/master of ceremonies, who was able not only to identify the various  cars on display, but who has also a fine record in motor sport competition himself.
In my wandering about I spotted the 1909 Buick in our video.  14,000 of these cars were built by Buick Operations.  Only a handful of this model is left in the world.  This being one of them, came to Australia 20 years ago in a container along with another car of the same model.  The importer made one car out of the best bits and sold the rest.  Ray Higgens set out to assemble what was left to produce the car which was on display at the Mornington Racecourse.

Please us the Contact Us function on the front page menu, to find out availability of the video.
The 1896 Benz in the video is fair dinkum though.  There are only two of these machines left in the world, one in Stuttgart and the other one here.  It belongs to George Hetrel, who also had his type 35 Bugatti, his Ruby red prewar Mercedes convertible, and his Vauxhall 30 -- 98 at the display.
Before leaving the subject of reconstruction, a word about the Maybach 2 -- the blue racing car with the number two on its side.  This  is a reconstruction rather than a restoration.  Maybach 1, 2 and 3 are significant in Australian motor racing history as they were important in shaping the " mystique of the Australian racing special " during the 1940s and 1950s. Charlie Dean and a large group of helpers at Repco designed and built them here.  Maybach 1 is still going strong, but Maybach 2 was never repaired after its crash at Southport in Queensland when Stan Jones was driving it while leading the Australian Grand Prix by some 40 seconds.  Most of the running gear was taken and transferred to Maybach 3 and the remaining stuff was disposed of in the local tip.  So Maybach 2 is new from the ground up -- modelled on Maybach 1.

If you are able to see and hear the video, you'll hear that the engine is sounding pretty good.  Maybach II's next outing will be at the Phillip Island Historic meeting in March.

Like many of my generation I have always been fascinated by the motorcycle-powered Coopers, made famous by such drivers as Stirling Moss, Mike Hawthorn, and Peter Collins.  The English Cooper Car Company pioneered the rear engined racing car layout after World War II and the cars were made from 1948 to 1956.  They all used motorcycle engines to make a 500 cc formula 3 class in Britain.
The black and red Cooper in the video belongs to Ken Bedggood, racing manager for Penrite oils, who restored it to its present condition with the aid of 10 Tenths Engineering in Bayswater.  Although it did not have its motor at Mornington, it is usually powered by a 500 cc Manx Norton engine.  The car was delivered new to New Zealand and raced by Ron Frost who was a successful campaigner in many races during the 1950s.
The green BSA powered Robbins special is a very successful car on Victorian racing circuits and hill climbs.  It belongs to John Coffin, of whom more will be said in a later edition of Motormarques.


The Rudge special -- the blue coloured car number 55 -- belongs to the man who got Motormarques off the ground in the first place -- John Hazelden.

He is very busy with a number of projects which will be the subject of future articles.  John has produced a book on the Chamberlain Special, of which 500 were produced and which is one of the most interesting and informative of all motoring books on Australian specials.  I am lucky to have one, and I understand that there is a handful left for sale.  If you are interested, use the "contact us" tag on the left-hand side of the main menu.
Although Motormarques is dedicated to the mystique of the Australian racing special motorcar, my first form of transport was a BSA 500 cc Dispatch Rider motorbike, and the old fascination remains.  I could not take my eyes off the bright red Model H eight valve Indian motorcycle racer of 1915. Tht'a the one in the video. Jack booth claimed the world speed record of 102.8 mph on that Indian at Gawler Road, South Australia on October 7, 1916.  No doubt Bert Monroe would have known about that before he set records of his own on his World's Fastest Indian.
I was also impressed by the Anzani Temple 1923 motorcycle number 54 (green with chrome) This is a 998 cc 57° V twin eight valve machine.
And whilst still hanging around the old bikes, I was able to admire the 1914 Mostyn.  This Australian machine was made in Canterbury, Victoria by W. M. Tanner. It has a 600 cc engine, three speed Sturmey Archer hub gear in the back wheel and Healing frame and handlebars.  The headlamp looks like it might be acetylene gas powered, and the horn gets its air from a bulb.  It has hand cranked starting.
Finally, nobody is going to walk past a 1956 D type Jaguar without a 2nd look.  This particular 1956 D type Jaguar replica is an XJ6 series 3 Jaguar.  Balanced ported head,  9.5:1 compression, modified cams, electronic ignition, Motec fuel injection, 250 BHP (186 kW) and 5000 rpm with a Salisbury Power lock 3.54:1 rear end.

While a local jazz band was playing the old Woody Herman classic Woodchoppers Ball, I grabbed a quick video of an enormous army tank aiming its turret gun at me, ducked underneath it, and made my 120 km return home with my address book full and all my paraphernalia hanging off me everywhere.

We have a big article on Ross Stewart's Lagonda Rapide racing car to write, some VIPs to visit, and Philip island coming up in March.