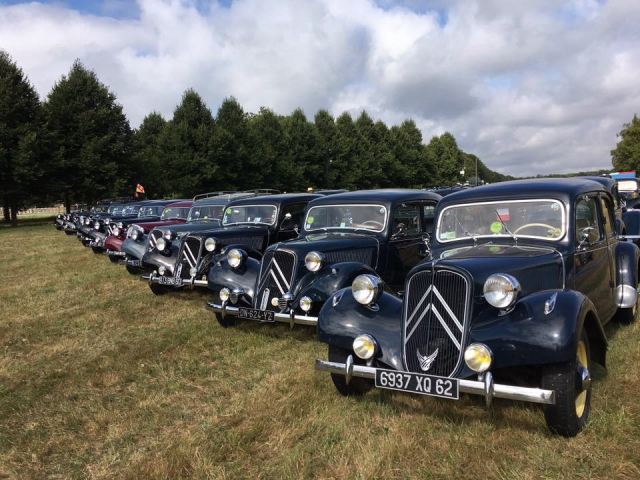 In July 2019 one of the most celebratory events in the automotive industry took place. The “Citroën Century Celebration / Le Rassemblement du Siecle” was held from 19 – 21 July, in La Ferté-Vidame (Eure-et-Loir) in an area with natural beauty and full of history for Citroen. MotorMarques persisted to be present at this event and decided to make a fantastic 1,735 km trip from Lisbon, Portugal to La Ferté-Vidame, France in a Citroën 2cv from April 1990.
La Ferté-Vidame is a striking place in Citroen's history, where the famous and historic track of brand development and testing is located, and where it was the birthplace of several famous models such as the 2cv. It was also here at La Ferté-Vidame that the three Citroën 2cv prototypes that had been hidden in a barn during the German invasion during WW II were discovered. In a quiet French commune of 729 inhabitants around 60,000 people were present during these days. 10,000 entries from Citroën car collectors from across the world brought 4,200 vehicles of all Citroën models and ages from 1919 to 2019. Individual or group people, families, clubs, associations, delighted in the festivities. The trip was traced with a mandatory pass on the famous La Sarthe circuit, at Le Mans. Here the museum's garage a 1919 Citroën Type A is in restoration, in the future this Citroën will be used as the for all kind of ceremonies. A trip made as planned, no problems or malfunctions. A Citroën 2cv is more than a car, it is a philosophy of life.     Pictures by Pedro Carvalho and Pedro Bessa
Tweet
View the embedded image gallery online at:
https://www.motormarques.com/news/european-desk/item/774-citro%EF%BF%BD%EF%BF%BDn-century-celebration-le-rassemblement-du-siecle,-19-%EF%BF%BD%EF%BF%BD%EF%BF%BD-21-july-2019#sigProIdfaedcbce49
Print Email
Rate this item
(1 Vote)
Read 2672 times Last modified on Friday, 18 June 2021 11:55
« Nürburgring Classic 2019 More in this category: AvD Oldtimer Grand Prix 9-11 August 2019 »