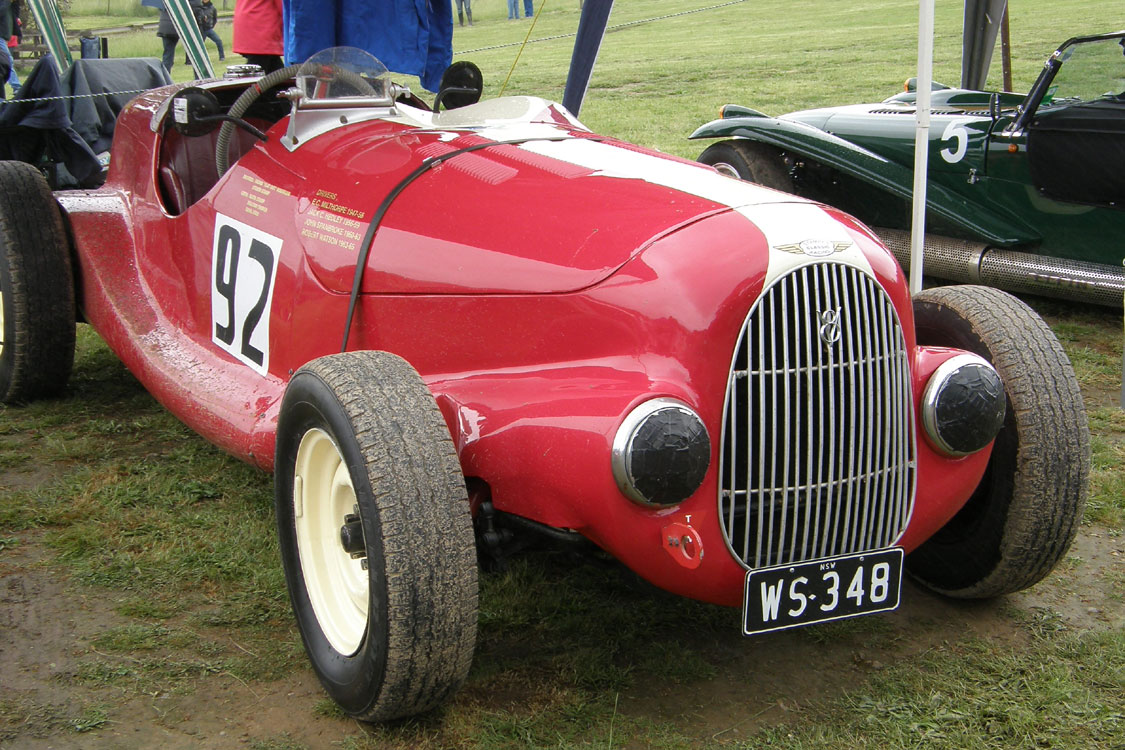 Steven Stamp (for Keith Stamp) -  Wangaratta.
Car number 92 is the Milthorpe Special, built in 1947/48 by Charlie Millthorpe. It has a 1941 Ford chassis  (ex Army vehicle) 1939 Ford gearbox. 1940 front-end, 1935 rear end.  It is powered by a1951 Ford side valve V8 motor made in Canada.  Stromberg 97 carburettor. Ford Customline brakes. Top speed 80 - 90 mph easy.   Steven may have been pulling my leg, but he reckoned that there are parts of the car made from recycled road signs. Body is painted Diablo Red by Charles Hammond.   It raced at Barjac (Benalla) in 1959 where it won £175. It was at Tarrawingee motor races at Wangaratta also in 1959.  In its time it has raced up at Bathurst, Gnoo Blas, Phillip Island, Fisherman's Bend , and more recently, at Winton 3 times, and at the Wargunyah Speedway for its 50th anniversary   MM: "How long have you had the car?"   SS: "We've had it for twenty years.Dad's been building it up for a while, and we've only got it ready for racing over the last 2 or 3 years. Dad (Keith Stamp) has had to take a break from it for a while, so that slowed him down a little bit."   The steering wheel and central horn button are living art deco. The 'swan neck' gear lever is about a yard long and swoops ever so neatly up around the dash to the driver's hand.   Today, the car had a bit of trouble getting away from the start line because of wheel spin. He (Frank) thought he'd done a key-way because it just wasn't moving on the wet and muddy tarmac..
Tweet