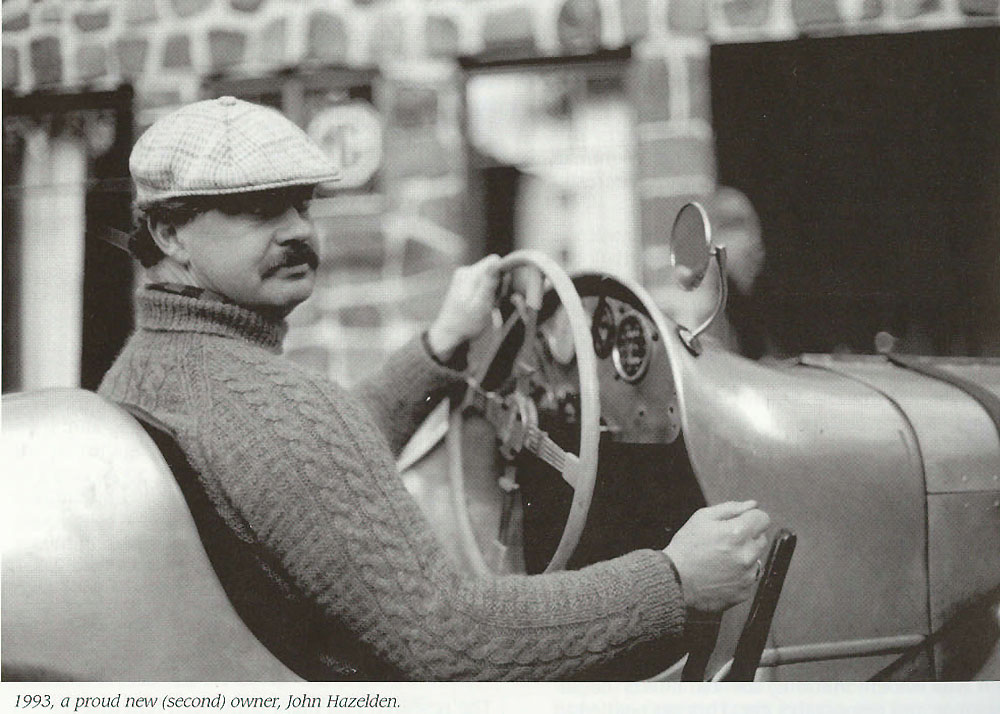 John Hazelden is a well known collector of 'Great Australian Specials' and writer. His book on the Chamberlain Special gives a complete insight into a rare and unusual machine. The book may be purchased from Motormarques. Use the 'Contact Us' item in the Main Menu on the left hand side of the front page.

Hi – I’m John and I live in the beautiful Dandenong Ranges with my wife Sue and children Albert and Stephanie. Not only are the ranges picturesque but they possess great roads for sports car driving, although of course I never speed.

I have a passion for Australiana with a belief that as a country we do not really appreciate how smart and resourceful we really are. This passion and a love of cars and machinery have resulted in a mission to search out and give homes to those great Australian icons – ‘The Aussi Special’.

With limited resources and a ‘lot of mates’, I have so far managed to assemble a great collection of Australian ingenuity. The following is a summary of the collection and I hope readers enjoy appreciating the significance of some of the feats produced in early years.

Chamberlain Special: Built in the shadow of the great depression (1928) two budding engineers Alan (Bob) Chamberlain and his mate Eric Price set out to build a car to take on the world.

Below: Proud new owner of the Chamberlain Special - Joh Hazelden 1993.
Click on image to enlarge

- A four cylinder, stepped bore, eight piston, vertically opposed, supercharged,two stroke engine with two crankshafts, one of which runs through the skirts of the top pistons.
- Twin ignition with two plugs per cylinder producing 64,000 sparks per minute (from eight coils) at 8000 rpm engine speed
- Front wheel drive with inboard brakes
- Four-wheel independent suspension
- A space frame of small diameter tubes, much of it triangulated
- An 1100 cubic centimetre 85 plus bhp motor
- Virtually the whole car designed and built in Australia.
The car raced from 1929 to the present day and is a fascinating story of motor racing triumph and tragedy. With three AGP’s at Phillip Island, plus Mt Tarrengower, Rob Rob, etc – it is a car that tried it all. It is a car that deserved to have its history recorded and to this end I have written a book from its earliest days in 1928 when Bob sketched the plans by candlelight to 2000 when it was invited for a demo lap at the AGP Albert Park.

Cooper Austin: This was the original car Garrie Cooper of Elfin fame built and raced as a teenager in 1957. Based around an early short wheel-based Austin 7 it is a single seat race car with a very pretty aluminium body with a current ‘hot as heck’ sprite motor and gear box. During the years it has had numerous owners with as many changes, but with the help of Trevor Cole it is slowly being reunited with some of its original bits and getting back to a resemblance of its early years. At the same time I am racing it and to its credit it has managed to win a number of events.
AGD 500: Built by Alan George Docking this ingenious device is an air cooled single seat race car that offers comparisons between a go-kart and a F1 car of the 1960’s period. Alan Docking is well known as the principal and owner of his own race team in the UK. With a huge success rate including helping Mark Webber in 1997 it has become the preferred option for overseas drivers to launch their careers. This car built by Alan in 1959 in Camberwell, Victoria now sports a 650 cc twin ignition Yamaha motor and is certainly not for the faint hearted.
Sidney Rudge: Designed and built by Len Sidney with occasional help by Phil Irving it has similarities to a Kieft with its unique bungee cord (rubber band) suspension. With a highly tuned 1937 Rudge engine it was an instant success and has won many events. Again it has had many engines and owners including a Vincent, and a JAP motor but it has now been re-introduced to its original Rudge motor and Norton gearbox and is very original. It has some wonderful engineering facets as one would expect from Len a noted toolmaker and perfectionist. (See photo below)
Austin 7s: Like any collection there is Austin 7s. The notable being a speedway car reputed to have been built during the 1940’s by the mechanic to Kingsford-Smith in Qld. It has many unusual features, including chain drive steering (not good for scrutineering), a form of traction control with torsion bars and double chain drive rear end and an A7 motor that goes like the absolute clappers. (As yet I have not determined exactly what they have done to the motor). Another A7 is a very special Special having completed a Redex Bash around Australia and two Grand Prix Rallies from Melbourne to Adelaide the long way, along with a host of other rallies and racing events. It is extremely reliable and it often observed at the end of an event, "the car is fine but the driver and navigator need attention".
M.G.s There are currently three M.G.s. A 1930 M Type recreated from a pile of rubble and bits from around the world. A 1951 MG TD bought in 4 boxes, “that is just like a meccano set, and only needs putting together”. We have all heard this; the four boxes should have been 12 boxes and it took 12 years of hard work to finally get the first drive. And a MGB that is really rough but with TLC from Trevor Cole is becoming a great fun and is currently being used as a road car.

FJ Holden: Even a humpy Holden set up as a speedway race car. It has a long race history and draws me back to my earliest racing recollections when I was allowed to help work on one of these and as a reward would travel to Daylesford, Victoria to watch these ‘kings’ of the race track. 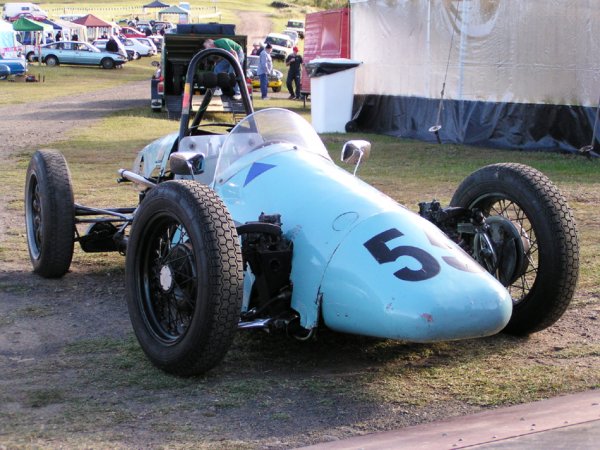