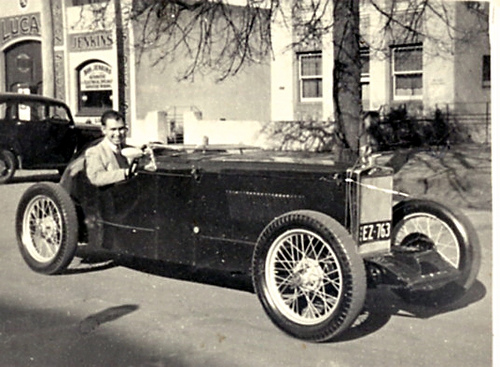 My name is Michael Brller and some years ago I bought a Fiat 509 Special that was build in 1935 by Mr. Frank Adams in Australia.  I know a lot about the car but still not everything.
I was happy to find a person who owned the car for 10 years and has sent me some Information about the time he owned the car.


Some more Pictures of the car can be found on my account on Flickr It would be great if somebody who knows the car could let me have some more information
http://www.flickr.com/photos/michisbilder/sets/72157594461659042/   Michael Buller This email address is being protected from spambots. You need JavaScript enabled to view it.
Tweet