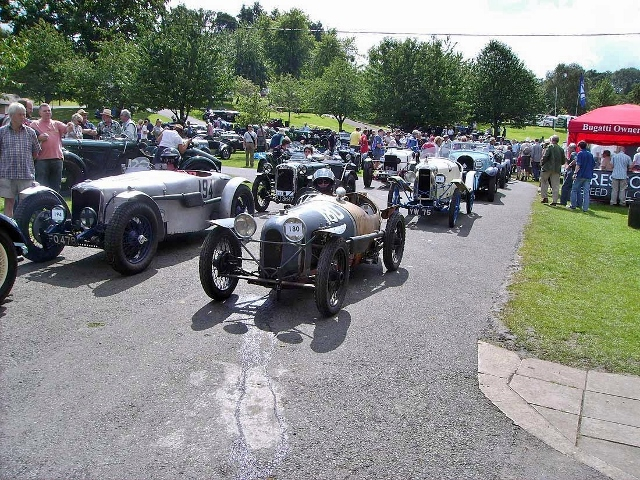 This event could only happen in England, the camping, picnics, some delectable old cars and mellow evenings nursing a glass (Orange juice, of course). Couple that with the fierce compulsion to go up that hill quicker than your peers and you have the recipe for a weekend that is the vintageants idea of heaven. This summer being a little less soggy than last year, the local villages had not been flooded out and therefore the possibility of accessing the venue by boat did not arise.
There was a good entry for the meeting with the usual contingent of Edwardians which are always good spectator sport. One new addition to their numbers was Dave Biggins with his newly completed 1913 Daimler Mercedes.