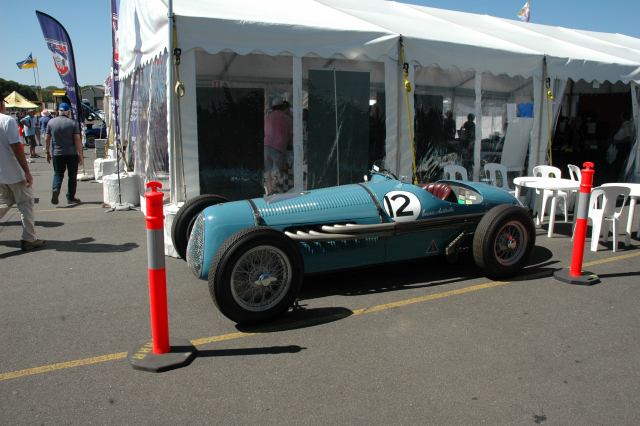 In the 1970s I used to live in Carrum - a bayside suburb of Melbourne - down near the south coast of Victoria (Au). In those days my high-school son and I would load my boat up with SCUBA gear, hitch up to our HT Holden V8, and drive a leisurely hour or so down to Phillip Island and spend a few wonderful hours in that corner of paradise.You may have noticed that those days were 40 years ago. You would not believe how things have changed!

What used to be little old country farms have become whole townships. Everywhere there is what you might call urban development, with housing estates, new schools, supermarkets, and regular bus services.
Unaware of how times and places change over time - early on in the morning of March 19, 2017, Rod Jackson , my fellow Motormarques companion, and I set out in the most jolly frame of mind intending to re-live the past with a leisurely drive down the old familiar Highway of Happiness to the 2017 Phillip Island Festival of Motorsport.
It was not going to happen like that.
We somehow had managed to stray into a strange new world.
What we used to know as little old country farms had become whole new suburbs, whole streets of two-garage houses, new industries, commerce, schools and real estate offices. Even regular bus services.
After a couple of hours of calculating and re-calculating, the car's navigation system got confused and gave up, and we were completely, unutterably, God-forgottenly LOST in some uncharted part of the Great Southern Land..
At one point in our journey a jet fighter roared over our head, and we figured that we had somehow strayed into a war zone that we didn't know existed in our peaceful part of the world.
We stopped and a polite school boy gave us new directions. And within 30 minutes we got lost again. Etc. I'm sure you get my drift.
And ultimately - round Midday - we arrived at the Phillip Island Motorsport Complex. The jet fighter was still overhead - doing aerobatic displays to entertain the crowd. Brass bands were playing. Race-cars were roaring. Don Kinsey's honeyed tones were broadcast from loudspeakers placed all around the circuit.