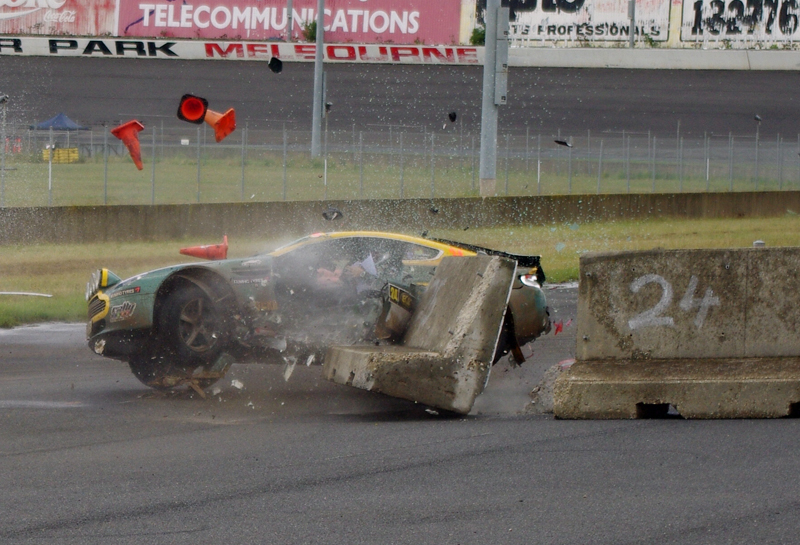 Lucas Hunter at the Melbourne Festival of Speed 4 March 2012 The Melbourne Festival of Speed is an event that reminds you why you love motorsport so bloody much, and so it did for me. I was debating on whether to bring the camera or not - could I really be bothered taking photos? Eventually, I convinced myself that taking a few photos would be a good idea. I was lucky (or unlucky) enough to snap this sequence of shots. The driver (Ivan Thompson) and co- driver, (Karl Francis) are ok; sadly the $500, 000 Aston Martin V8 Vantage is not. Ouch. A crash was almost inevitable as the British super car clipped the grass, sending it into a 180 spin off. Still, a huge credit to the Thomson team for rallying an Aston Martin. Pictures are exclusive to Motormarques.Lucas Hunter   (Note: the above image is sized at 800 x 545 pixels. The original is 3 times that size (2569 x 1440 pixels) For further information, use the 'Contact Us' function on the left hand side of the front page.)
Tweet