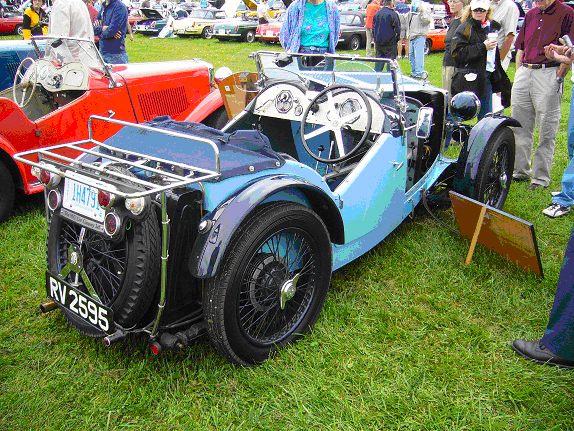 Bronte British Car Day 25th Anniversary
It never rains on British Car Day in Bronte Ontario Canada. The skies were threatening however on this the 25th anniversary of the largest all British car show in Canada and one of the largest in North America. The Toronto Triumph Club is host to over 1000 English cars, buses and motorbikes gather in picturesque Bronte Creek Provincial Park. Participants are from all over Ontario, the Northeastern United States and from neighboring provinces. Each year thousands of spectators spend a day in the park enjoying their automotive hobby.

A wide variety of interesting English classics and antiques were displayed in groups according to marque and a “popularity’ judging took place throughout the day. We heard some creative campaigning as people were telling stories and promoting their machines. Examples from Minis to Rolls Royce and from Austins to Zephyrs were well turned out.

A large vendor’s area attracted bargain hunters where parts and regalia are sold.  English cars, parts for English cars, services for English cars, Clothing to wear in your English car, English automobilia, and even “English food” was available to the throngs of participants. There was something for every enthusiast, young and old.

Special interest was shown to cars such as this 1932 MG J2 originally owned by Charles Dickens grandson.

British Car Day was a great success. English car aficionados rekindled old friendships and made plans for fall colour tours and winter projects. Winter is around the corner and it won’t be long before our cars are in hibernation waiting for spring. Keep the shiny side up!
Tweet